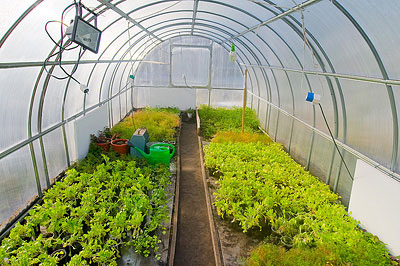 Over the last two decades, greenhouse agriculture finally stop using glass in the  construction of greenhouses. It is known that the glass material is totally unprofitable in the industry, given the high cost of installation and repair of glass greenhouses. Instead of the traditional glass polyethylene film came.There is a strong benefit that at the present time the polyethylene film isproduced in a diverse range and naturally gained special popularity in agriculture.

Currently, greenhouse film has become an indispensable material in the agricultural sector.  It has been widely used in the construction of greenhouses, storage facilities for the regeneration of forages, harboring silos, in transplanting, mulching and soil steaming.

Greenhouse film has properties such as:

• a high degree of thermal insulation;

• perfectly retains moisture in the upper layers of the soil;

• has a greenhouse effect;

Attention! All film should be in their original packaging and be marked.

• The greenhouse film should be kept in a cool dark place, avoid contact with the sunlight;

• Do not store film near heat sources;

• Do not store the film in an upright position, place heavy objects on top;

• The film must be tightly stretched on the greenhouse frame, on the surface it should not be slack;

• For film installation only new materials must be used (wooden slats, wire);

• During installation the film should unwinding only in a horizontal position;

• During installation the mechanical damage are unacceptable;

• Greenhouses surface which contacts the film should be colored and insulated;

• During the operation it is necessary to dispense with the film carefully, because it is subject to mechanical damage.

Because of its properties and ease of use the plastic film is a leader in greenhouses facility.

The greenhouses film of the company "Plant of polymeric materials "SOUZ" it is always a product of high quality.